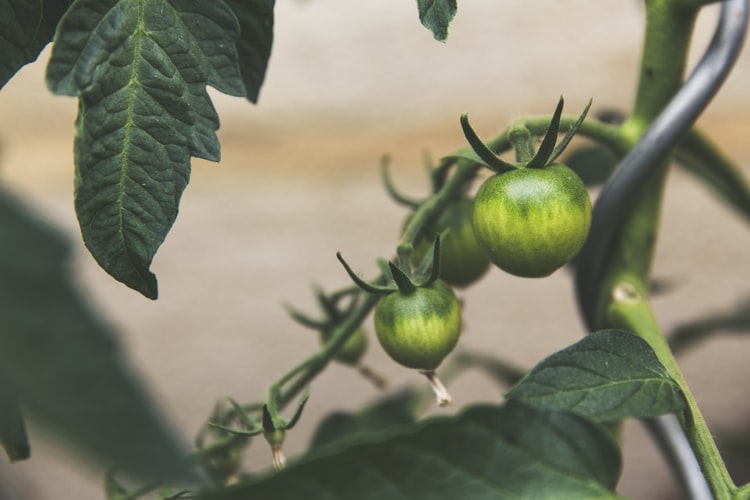 Can you spot the mistake in the title of this article? The truth is that there are actually no such things as tomato suckers. Suckers are branches of a plant that don’t produce any flowers or fruit, and all tomato stems are in fact fruit-bearing. Secondary tomato stems, or branches, are sometimes called suckers, but that’s a misnomer. They will also produce plenty of tomatoes if they are left alone.

Over the years, gardeners have developed the habit of pruning these secondary stems, wrongly called tomato suckers, to encourage the other remaining stems to produce larger tomatoes. What they’re doing, in effect, is trading quantity for size. There are many reasons why this tradition has developed and a fair bit of confusion about whether or not you should, in fact, prune the secondary stems. Here’s the comprehensive guide to secondary tomatoes stems andwhether or notthey should be pruned.

Quick Navigation
What Exactly Are Tomato Suckers?
Some Common Misconceptions about Tomato Suckers
Nomenclature
Purpose
Harvesting
Ripening
Why Do Gardeners Remove Secondary Tomato Stems?
Historical Development
Is It Necessary to Remove Secondary Tomato Stems?
Should I Prune My Tomato Plants or Not?
What You Can Do Instead of Pruning Tomato Stems
Are There any Advantages to Pruning Tomato Plants?
What Is the Right Way to Prune?
Conclusion

What Exactly Are Tomato Suckers?

The answer to that question is, of course, stated above. There are no tomato suckers. Which is to say, there are no unproductive stems on a tomato plant. All stems will grow flowers and fruit. However, for various historical reasons, gardeners have followed a tradition of pruning the secondary stems on tomato plants.

Many of the reasons given for this practice are based on misconceptions about secondary tomato stems and their role in the life of the plant. They’re not bloodsuckers, stealing energy and life from the plant, but contribute their share of energy, food, and fruit. However, the confusion about the need for pruning these so-called tomato suckers persists.

Sooner or later all gardeners face the question: do tomato plants need to be pruned? So if you’re trying to make that decision about your own tomato plants, it helps to know some of the history of pruning secondary stems. And then if you do decide to go ahead and prune, you know that you’re doing it for the right reasons.

Some Common Misconceptions about Tomato Suckers 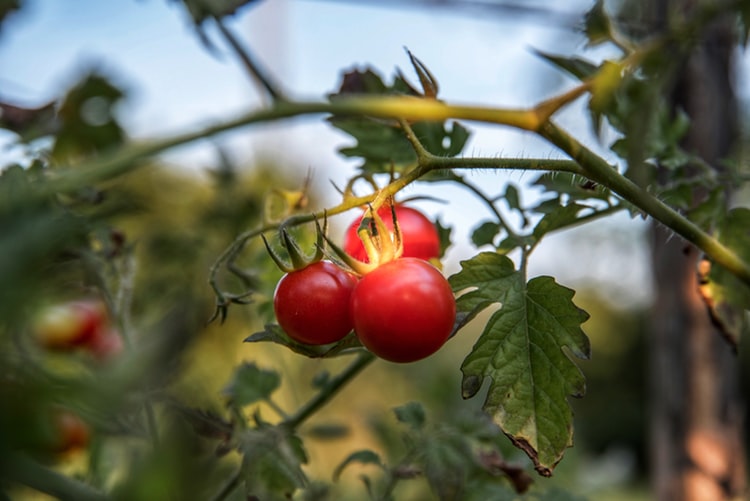 Secondary tomato stems that grow in the leaf axils, the joints of the main stem with the branches, are called tomato suckers. As explained above, the word tomato sucker is a misnomer, because these secondary branches are not actually suckers. Suckers are defined as stems that are unproductive, which is to say that they never produce any flowers or fruit. By this definition, tomato plants don’t have any suckers, and all branches are productive.

This is why many gardeners prefer to use the more neutral terms “stems” or “secondary stems”, and we will follow this style from now on.

Now that we know that secondary tomato stems do produce fruit, let’s tackle the next misperception. Many gardeners prune secondary stems because they are believed to suck energy from the plant, energy that could be used instead to produce more fruit.

Another common misconception is that leaving the secondary stems, a.k.a. tomato suckers, on the plant will delay the harvest of tomatoes. This is also not true. The timing of the harvest and the speed with which the tomatoes reach maturation does not depend on pruning. In fact, the harvest and maturation of the tomatoes depends on factors like the weather, variety of tomatoes, and growing conditions such as the amount of sunshine the plant receives.

Some gardeners even believe that secondary stems prevent the fruit from ripening because their leaves cut off the sunlight from the fruits. This is wrong because the fruit doesn’t need exposure to sunlight. It’s actually the leaves that need sunlight because they do all the work of photosynthesizing food and nutrients for the plant. In fact, if the slowly ripening fruits are suddenly exposed to full sunshine by removing the secondary stems, they may suffer damage from solar burn.

This leads us to the question: if the secondary stems have no harmful effects and many positive one, why then did gardeners start removing them by pruning? Why are these misconceptions about secondary stems, wrongly called tomato suckers, so widely believed? There are several reasons, based in gardening history and tradition, and we will explore these in detail below. 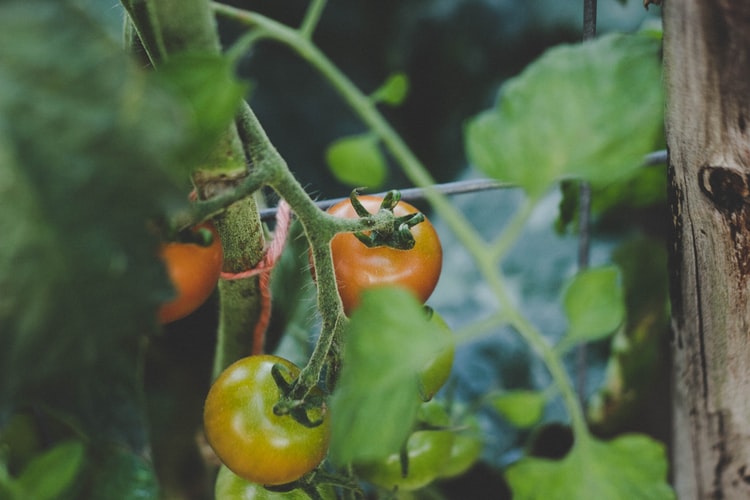 If there’s no good reason to prune tomato plants by removing secondary branches, why did gardeners adopt this practice? The answer to this question has to do with the development of gardening methods since the start of the twentieth century. More specifically, itis connected to the methods used by gardeners to stake and support tomato plants and how these have changed over the years.

Before the twentieth century, gardeners used trellises to support tomato plants. This allowed the plants to sprawl all over and gave them plenty of support for all their branches. This made pruning unnecessary since all branches bear fruit. But once gardeners started using single or even double stakes to support their tomato plants, it became easier to remove the secondary stems. The stakes would only support one of two stems.

Pruning also gave the plants a neater look, which is a matter of pride for most gardeners. Consequently, they began the practice of pruning all but one or two stems that could be supported by the stakes. The pruned plants were contrasted of their unpruned stems, which tend to sprawl untidily all over the place. Gradually, this became a habit and then a convention.

Then things changed again around the end of the twentieth century with the invention of the tomato cage. Tomato cages are made from strong wire and are cylindrical or roughly cone-shaped. Unlike single stakes, they support the plant on all sides, so all the stems have plenty of room to grow upwards. Even the straggliest and skinniest stems can be supported. This made it unnecessary to prune the secondary stems for a neater appearance. Any stems and leaves growing out of the tomato cage can simply be pushed back inside.

Is It Necessary to Remove Secondary Tomato Stems?

Having dispelled some of these common misconceptions, let’s consider if you actually need to prune your tomato plants. The first factor to consider is the variety of tomato plants and whether it is determinate or indeterminate. This classification is based on their growth patterns and how these determine their size, shape, and harvest.

Determinate plants have a limited and defined height, which is fixed genetically. Once the plant reaches its maximum growth, it produces all its flowers and fruits at the same time and then dies off. The growing season for determinate tomato plants is also limited and defined. Some common varieties of determinates are Roma, Silver Fir Tree, Rutgers, and Green Zebra.

Indeterminate plants, by contrast, will carry on growing and reach a bushy, sprawling shape. They have no limit in terms of size and continue to grow throughout the season. They will also continue to produce tomatoes all season instead of all at once. Cherry tomatoes fall in this category, as do varieties like Abe Lincoln, Black Krim, and Arkansas Traveler.

Determinate plants don’t need pruning at all. It’s only in the case of indeterminate plants that gardeners have to make the choice whether or not to prune. Most gardeners just prune because they’re following the tradition, or because they have accepted the common misperceptions we discussed above. There are some other reasons to prune, such as wanting tomatoes of a larger size. But if you do prune, it should be for the right reasons.

Should I Prune My Tomato Plants or Not? 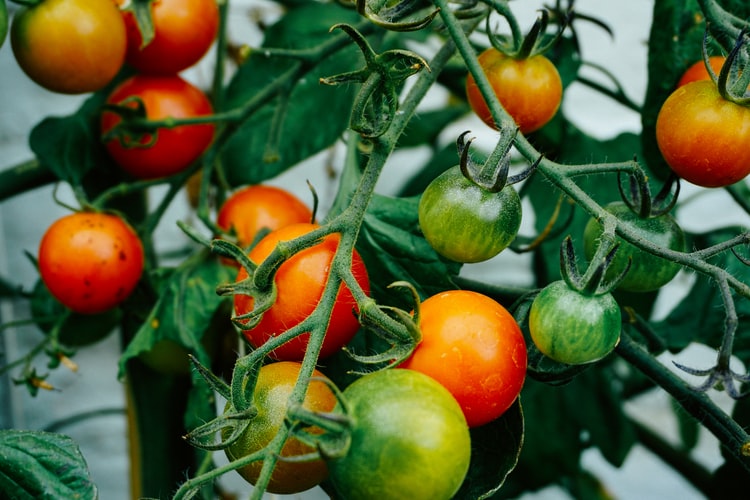 If you’re feeling a little confused by all of this, you’re not alone. Almost the entire gardening fraternity shares in this state of mind. The simple answer to the question of whether or not to prune depends on some choices, such as the kind of system you want to use to stake and support your plants. The other choice you have to make is between a smaller quantity of tomatoes that are larger in size or a larger number of tomatoes with a higher combined total weight.

If you prune the secondary stems, you will get fewer tomatoes but these will be larger in size. Leaving the secondary tomato stems unpruned can increase the net weight of tomatoes produced by the plant, by a considerable amount. Besides, tomato plants that keep all their stems are stronger and grow more vigorously as compared to plants that have been pruned.

What You Can Do Instead of Pruning Tomato Stems 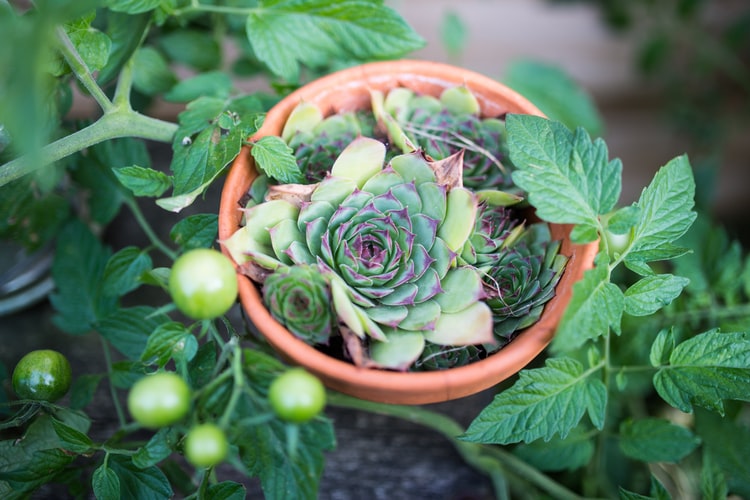 Instead of pruning your tomato stems, you can support them using tomato cages or old-fashioned trellises. As noted above, these will support all the stems, unlike stakes which can only support one or two. Tomato cages come in various sizes, so you can pick the size that best suits your variety of tomatoes.

Are There any Advantages to Pruning Tomato Plants?

As we said earlier, gardeners who prune are choosing to have fewer but larger tomatoes. Gardeners who are aiming to grow the largest tomato possible may even pinch off all flowers except just one. In this case, the plant will put all its energy and resources into a single fruit, which will be very large.

On the other hand, an unpruned plant can produce twice as many tomatoes as a pruned one. They will be slightly smaller in size, but the net weight will be greater. They will also taste better. Another reason why pruning may not be a good idea is that the site can become an entry point for microbes and diseases. Pruning a thick stem may destroy the plant itself. Besides, if you decide not to prune, that makes less work for you. Less work, bigger harvest. Sounds like an great idea.

What Is the Right Way to Prune?

If you’ve decided that you want to prune your tomato plants, it’s important to do it right. When the secondary stems are very new and small, you can prune just by pinching them off by hand. If the stems are larger, you should use pruners. It’s important to disinfect your pruners before moving from one plant to another, otherwise, you can transfer diseases and viruses between plants.

Most gardeners have their own preferences for how much to prune. Some gardeners will leave just two or three stems while others will prune everything below the first flower cluster. There are some who will prune only those stems that cannot be staked easily. Whether or not you prune, it’s important to remove yellow and dead leaves. These do drain energy from the plant and may also become the entry point for diseases. Removing these leaves will contribute to the overall health of the plant and improve its growth. 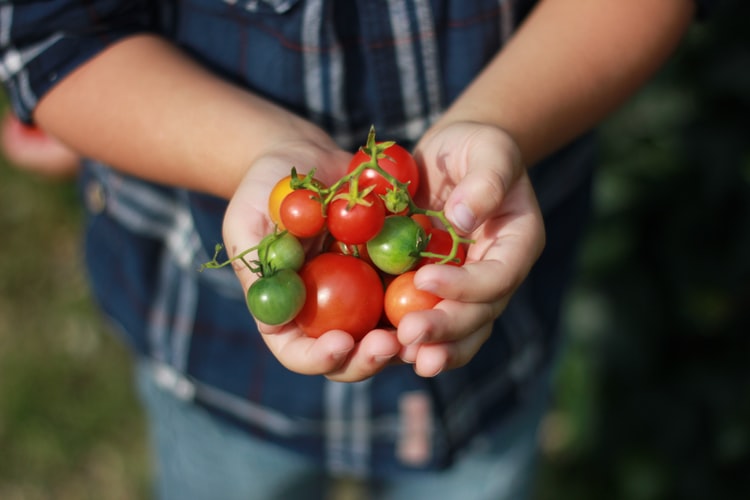 Over the years, gardeners have developed a habit of pruning secondary stems on tomato plants, mistakenly known as tomato suckers. Secondary tomato stems are not actually suckers, because they produce flowers and fruits. Removing these secondary stems by pruning produces tomatoes that are larger in size but fewer in quality. An unpruned plant, on the other hand, will produce smaller tomatoes but more of them—often a lot more. In the end, the decision about whether to prune or not is an individual one, as is the style of pruning you choose. 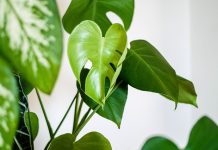 12 Reasons You Need A(nother) Houseplant in Your Life 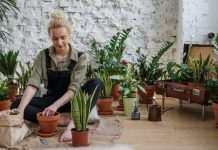